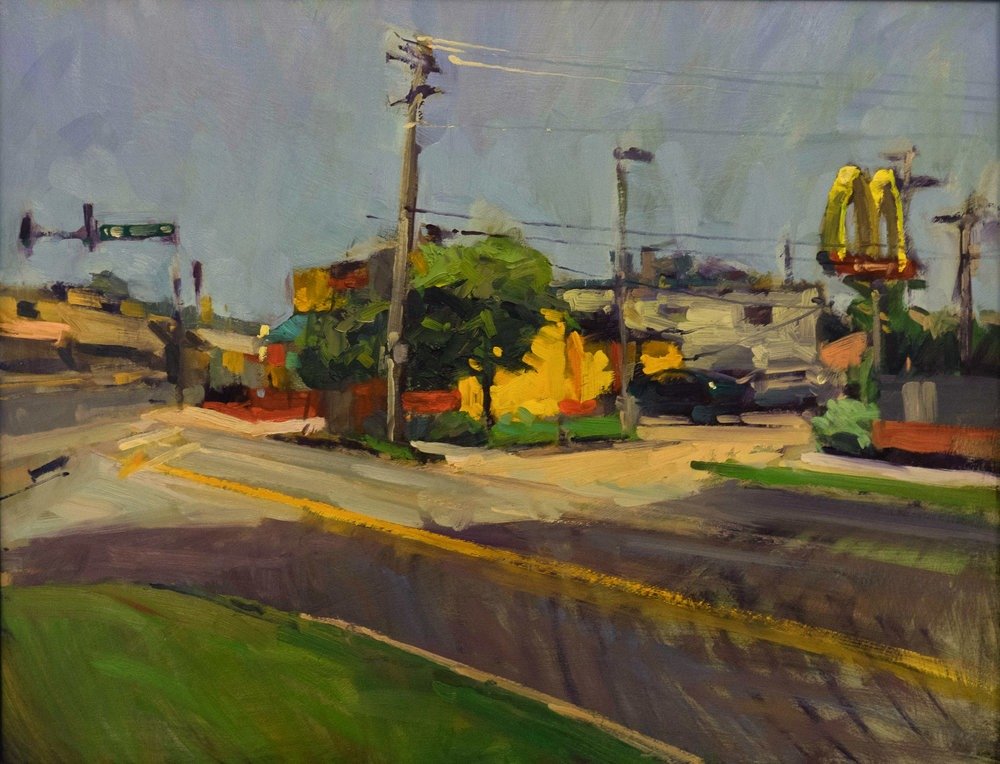 McDonald’s dominates the painting, but I was attracted to the golden glow from the wall of the Chinese restaurant next door. The sun making the whole scene almost romantic, golden glow over the Golden Arches. — Henryk Ptasiewicz