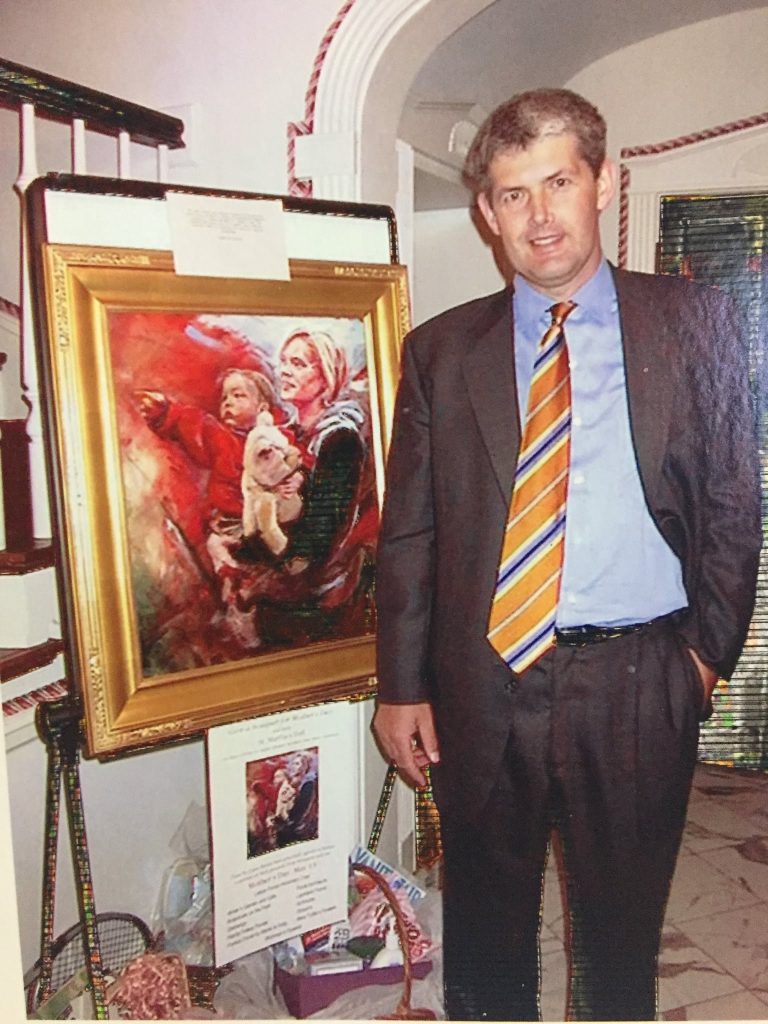 My style is realistic, it came about because of the influence of the Surrealists.

“If you can paint the real world, then you have a chance to illustrate another one.”

I liked to paint things which only existed in my mind. I was an only child with a lot of imagination and was always building things, some just to look at. I made some really fun, elaborately structured, Italian styled aeroplanes, but never flew them because of the time I had invested in them, they were more sculpture than practical.

I also built other elaborate toys including the ultimate toy, a type of carousel. The stand was a one thousand piece three dimensional puzzle. The theme was land, sea and air. The air was a flying whale, I loved the idea of a leviathan that could float like a balloon, the land was a train with legs like a millipede and the sea was a Viking boat, an incredible piece of sculpture if there ever was. All powered by a steam engines that ran on methelayted spirits.

I also was amazed at Celtic and Viking Art and I did a lot of work based on the Book of Kells. I drew my ideas and then began to paint in a realistic way to make real things that I couldn’t build. With this in mind I applied to and got into Saint Martins School of Art in London with the idea of being a fantasy illustrator, designing for books and films.

I found success and settled in the fibre-glass industry making children’s play equipment, which I both designed, sculpted and built. One of the highlights was I got to design and built a prototype boat for Jerry Dammers of the Specials, founder of the Two Tone label, a thirties gangster car which was a boat, to be used on the canals around Coventry, England, going once again back to the theme of toys, which I paint on a regular basis. I also had a desire to put craftsmanship back into making these things, I’d always liked carousel horses and admired the hand-carvers of the late 19th early 20th centuries and that was the standard that I held myself up to.

In the early eighties I had the good fortune to meet Robert Lenkiewicz. I saw how hard he worked, I realized that art wasn’t an easy option and that you can use it to resolve the questions I wanted to ask. My biggest regret was refusing a request to sit for him, I should have made the time.

I came to America in 1999 and have worked as an artist since, painting corporate and private portraits, painting around the country in plein air events, organizing parties, making the props for them, I also went back to sculpting, this time the figure, and overall turning my attention back to painting portraiture.

still do design work, which I’ve also liked a lot, and the design styles of Art Nouveau and Art Deco, still hold a soft spot in my heart. Occasionally I like to paint the figure reflected in a mirror, I like shop interiors, standing on the street looking at a display which was put together by a window dresser and lit perfectly, and then you notice the reflections, area’s that aren’t lit reflect back what’s behind you, but in reverse, then there’s corner windows where you can see beyond what’s in the shop itself. The world is an amazing place.